Five recent photos in and around Manly, all taken on my new phone. 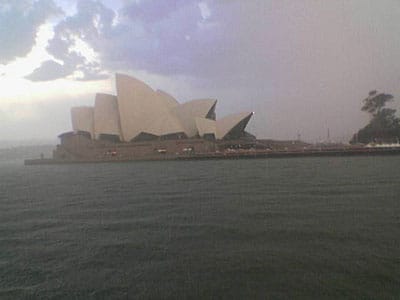 Sydney Opera House in the rain, taken from the Manly Ferry.

I took the above photo just this afternoon whilst coming home on the ferry. A thunderstorm hit hard as we pulled out from the wharf. 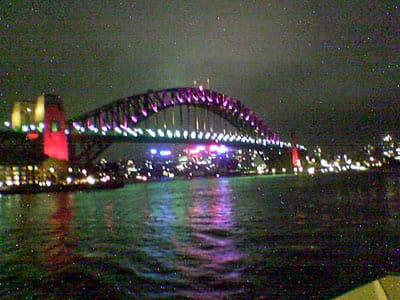 The Sydney Harbour Bridge at night.

I used ‘night’ mode on my phone for this shot. Surprised that it didn’t blur more than it did - the shutter speed is veeery slow in ‘night’ mode - especially when taken from a moving ferry :) 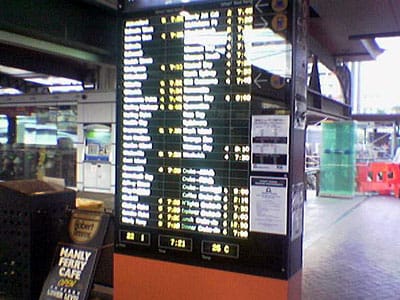 The ferry departures board at the Circular Quay wharves 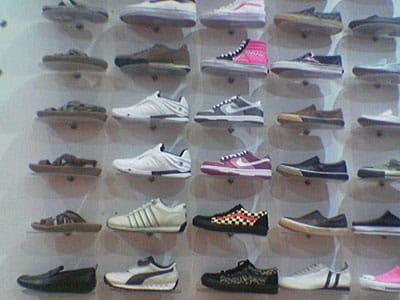 Inside a shoe store. 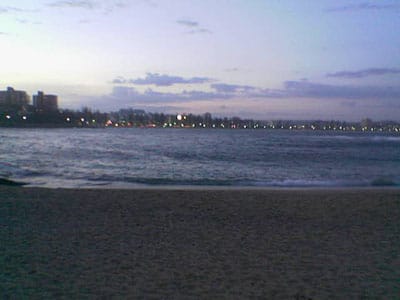 I walked around to Shelly the other night and took this shot as I reached the beach. It was about 9pm when this shot was taken.