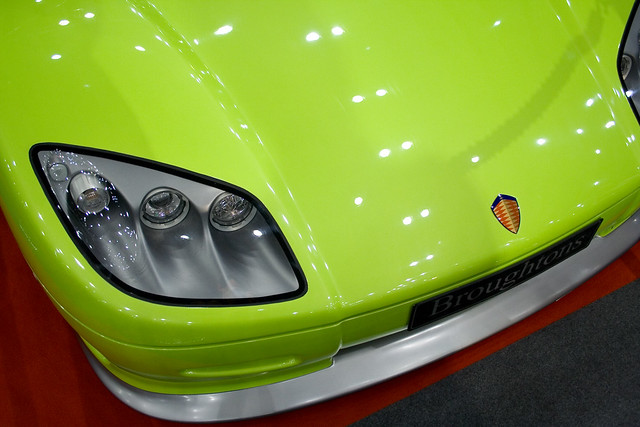 MPH is probably best known for the live action show featuring none other than Jeremy Clarkson and a bunch of other characters from that Top Gear show that seems to be quite popular on the telly these days. As fun as it sounded, the price difference between the live show and a general admittance ticket, especially when only the special (read: even more expensive) ‘hospitality’ tickets were left, compounded with the stunning exchange rate between the Sterling and the mighty Australian Dollar meant that we opted instead for the GA tickets. We were not disappointed.

Inside we got to crawl all over some of the most exclusive and expensive cars on the market today, the majority of the cars on show belonging to supercar ownership clubs (like Rio Prestige) with some minor brand involvement from the likes of Alfa Romeo, Fiat, Citroen etc. In the end I think the count was something like 3x Pagani Zonda, 3x Koenigsegg, at least 4x Ferrari Enzos, a couple of Porsche Carerra GTs, a McLaren F1, Murcielago’s a plenty (including that one liveried up as a Met Police Panda), most of the cast from the Gumball 3000 rallies and the entire lineup from quirky Dutch supercar maker and F1 upstart Spyker. We even got a good look at the Caparo T1 prototype. Some of the best cars were upstairs in the ‘classic’ section where some older Lamborghinis and Astons mixed it with some recent GT cars, notably an Aston DBR9 and a very impressive DBRS9.