‘Twas feeling more than a little nostalgic tonight and ended up posting bunch of old gems I happened to have scanned for posterity up onto Flickr. Not entirely sure how long they’ll last though, enjoy them while they’re there.

We used to go to Sussex Inlet each Queen’s Birthday long weekend (aka Firecracker night) with a bunch of family friends with the inevitable kiddy lineup. Early, Later & I’m too old for this (Later shown below) 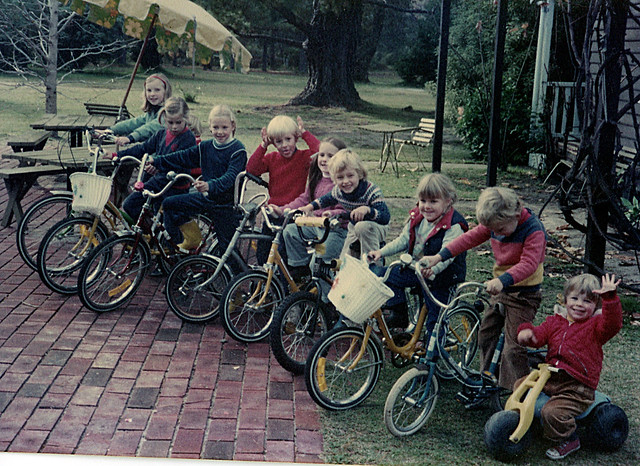 Some shots of Nellie and I when we first started to go out (Circa 1997~98). Ah those were the days. Dick’s 21st was a cracker, Lowenbrau Keller, beer, wurst, pretzels. I can remember running down those tables like it was just yesterday. Fantastic shot below:

Also managed to find some gems from my 21st Birthday celebrations at Dad’s place in Bayview. Quite a night, I can remember organising a bottle of vodka, ditto Midori, ditto Cointreau for the bowl of punch which seemed to kick the night along a little. Still quite a lame one I must admit. Meh. 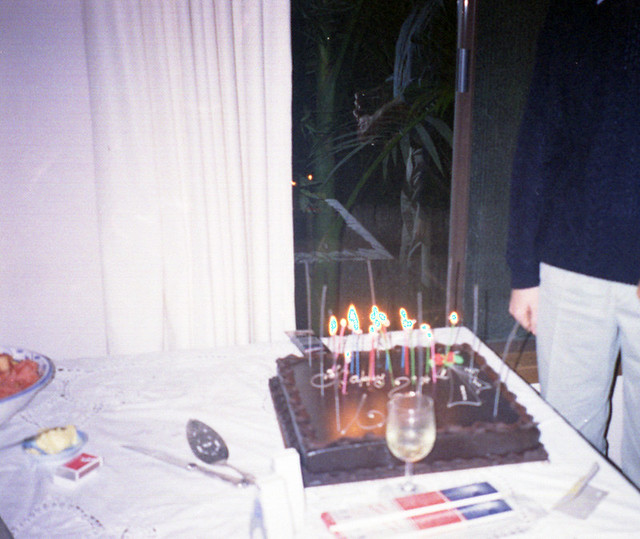 Even more scaring photos await you on my Flickr photostream.