Incredible to believe that the mighty McLaren F1 turns twenty this week. Twenty!

At the time it was launched, I can remember reading and re-reading magazine articles about the development and specifications of the F1 - from the use of kit-cars to test various components prior to building a chassis proper; the three-seat, driver in the middle, passengers behind the driver on each side layout (still brilliant, yet still not emulated); that carbon fibre chassis (a first); the gold foil lined engine bay; the titanium tool kit; the built-in modem to dial back to the factory during servicing; and the time one of the initial prototypes was lost in a high-speed roll testing in Namibia.

This extraordinary car even made it into Aussie folklore with a story of a certain car-loving beverage company CEO importing one to Australia - only to have his “mechanic” roll it into a ditch somewhere on West Head north of Sydney, far from any local BMW dealership. Or so the story goes. 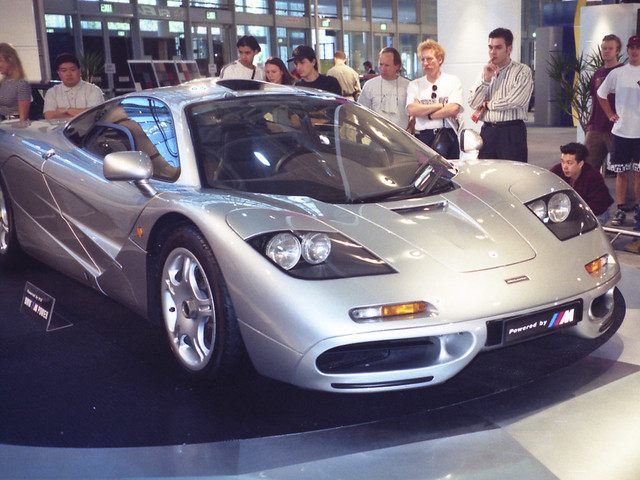 I’ve had the privilege of seeing an F1 up close on three occasions, though unfortunately only ever on static display: firstly at the ‘95 Sydney Motorshow when one was displayed on the BMW stand (above), another time gawking at the example that sat on the showroom floor of the sole McLaren dealership on Park Lane, London for many years - same car that sold at auction in 2008 for £2.3m with 485km on the clock…

Closest I’ve been to one was the time I stumbled across this example (below) parked on Flinders Lane in the Melbourne CBD, one lunchtime a few years back. 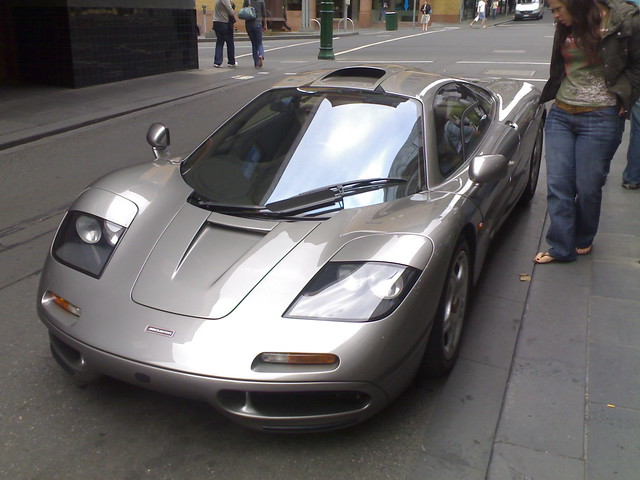 Suffice to say, if I had the means - a McLaren F1 would be at the top of my supercar shopping list.

Three-cheers for the McLaren F1!